a few weeks ago i went to meet mark to interview him for bawakawa.com . tomer from bawakawa told me that there’s a guy right next to their studio that builds funky bikes, for some reason, i thought it would be a really small workshop, with someone really old and a ton of bike parts, and seriously funky bikes… i don’t know why i thought that, it doesn’t really make sense.
mark is an awesome guy. he has the coolest stories, and really digs bikes. and not because they’re fast or rad, because they serve a purpose. he specializes in building work bikes and carriers, like he saw when he traveled in india and like you can see all around holand, filled with lots of kids.

we talked about traveling to india, to japan, seeing how design works over there, living in haifa, we both lived there for a short time and hated it for different reasons, and both have a great love for the city. he used to build bikes right around the corner from where my studio is. and he was very involved with the local punkrock scene. we have a lot in common and he was really fun to talk to. 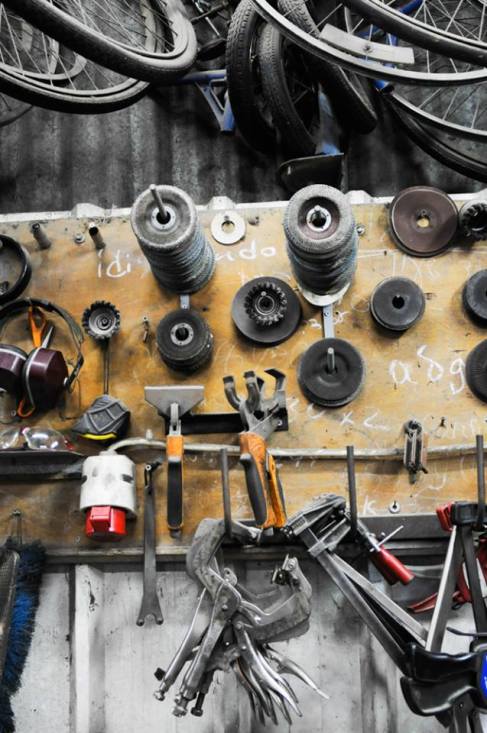 when i told yael about him and showed her the pictures i took, she automatically asked if he’s that guy i have a picture of from yafo. i didn’t even think about it, but apparently, i took a picture of mark riding a high-bike in old yafo in 2009, and posted it on my page. i have some more pictures from that day i need to send him. 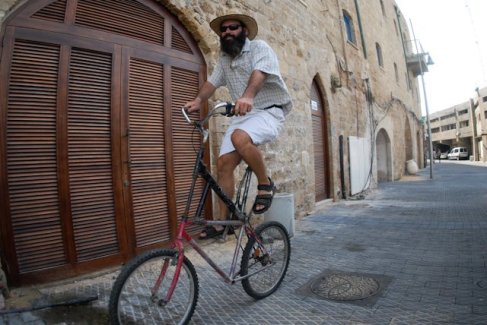 One response to “mark builds bikes”